She was an animal 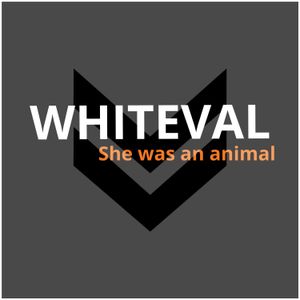 The chorus of this song just came to me, music and lyrics fully formed. It had a light and upbeat feel, but at the beginning I had no idea what it was all about and had to figure out what to write for the verses and give flesh to the story.

Then I remembered this person I had a pretty serious crush on, years ago. She was your quintessential ice queen, never showing anything emotionally but somehow you could feel something deep and intense was burning inside of her, a longing of some sort. I had the feeling that she liked me back, but as she retracted into coldness after a first furious kissing session, I got wary of being hurt and decided not to pursue.

Time passed until that very strange Friday evening. I was all of a sudden submerged by a crystal clear vision of us making mad love, both uttering words that I had personally never said to anyone before and behaving in a way that was very unusual for me in that kind of situation. It lasted about 48 hours during which I couldn’t get rid of these visions. True story.

When it finally stopped, I of course wondered if I had been projecting my own desires on that situation. I had instead the unshakeable intuition that all this hadn’t come from me, that some kind of telepathic fusion had taken place. I tried to replicate the experience, but it never happened again.

The main frame of the story is actually about people who repress their cravings and yearn for a wild lover to come along, all in the safety of their fantasy life. The question being, can fantasies actually reach the person they’re about?